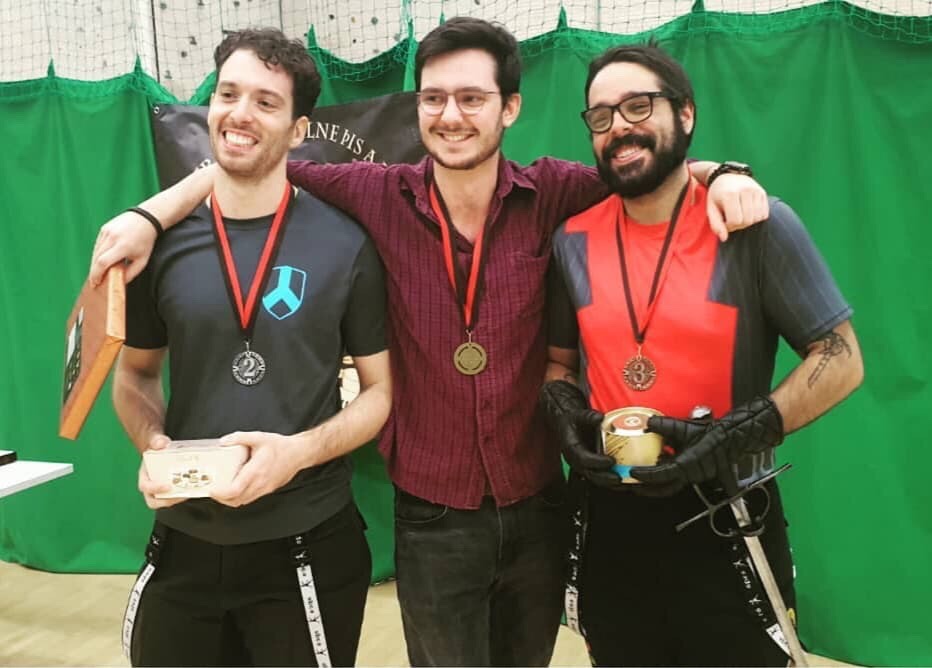 Tempus Fugitives is congratulating two of its members for the achievement of both Gold and Silver medals in the Sword and Buckler competition at the Exeter leg of the Wessex League tournament series.

Matthew Holden-Williams won the Gold. He has worked and trained hard, and deserves his success. He said that the judging and refereeing were of the high quality that is now expected from the Wessex League events, and that the HEMA culture growing around these tournaments was very welcoming and inclusive.

Stefano Conese won the Silver, and told us that he had been accused of ‘elegance’. We already knew him to be a stylish swordsman, but it is good to hear our opinion confirmed by senior judges of the art.

Of equal importance to their success was their enjoyment of the event which was run with its customary efficiency and smoothness. The Wessex League can expect to grow in renown, and Tempus Fugitives will continue to support it by sending well trained and competent fighters to take part in these excellent tournaments.